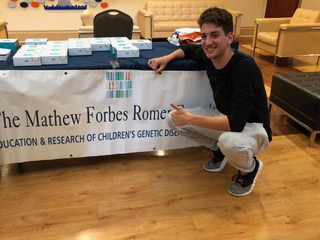 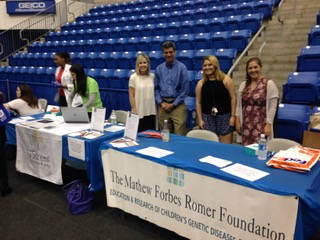 In line with The Mathew Forbes Romer Foundation’s (MFRF) ongoing mission to increase awareness of fatal genetic diseases and the importance of testing, we are thrilled to partner with JScreen. As part of the MFRF 20th Anniversary celebration, we have successfully conducted and underwritten screenings at Nova Southeastern University, the University of Florida, and Florida Atlantic University – which allow our organizations to reach college students, many of whom had never heard of the concept of genetic carrier testing.

Through an educational component at FAU, the basics of genetics and genetic diseases were discussed with the hopes of providing helpful information that the attendees can share with friends and family. Additionally, the Jewish FAU Medical students were offered a guest lecture by a JScreen representative; 20 students were also extended free screening vouchers. Further, Jeff Romer, brother of Mathew Forbes Romer, spearheaded a screening at the University of Florida, where he leveraged his social networks and fraternity to increase visibility for our screen partnership and programs. As a result, there are currently 108 participants currently in possession of their own genetic results; 72% of those screened were found to be carriers of at least one disease. That’s powerful!